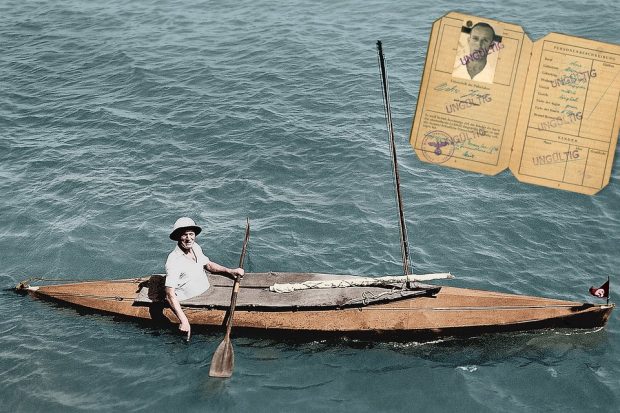 Every now and then we come upon a story that makes our eyes pop out. This adventure surely is one of the greatest by a solo boater and an inspiration kayakers everywhere.

With Germany in tatters, his small business bankrupt, Oskar Speck got into his kayak in 1932 for what would become an epic, seven-and-a-half-year paddle—30,000 miles, packed with hero’s welcomes and near-death escapes, all the way to Australia. But as Speck battled sharks, hostile locals, and malaria, Hitler rose to power and W.W. II began. This is the story of Speck’s voyage, an adventure nearly lost to history. Read more.