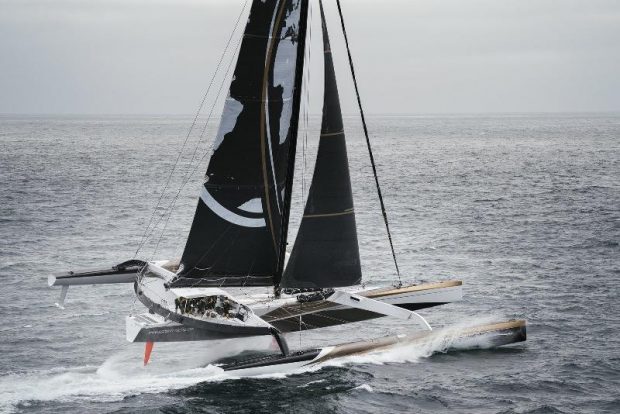 There are those who will tell you that Sprindrift is jinxed. The giant trimaran, which has broken several sailing records over its career, also has a history of falling apart at inopportune moments. That’s just what happened earlier this week when the big boat lost its rig on the way to yet another round-the-world record breaking attempt starting in off the west coast of France. Read all about it in the report in Yachts and Yachting.

Spindrift 2 dismasts on way to start of Jules Verne Trophy

As the giant trimaran made its way to the Créac’h lighthouse (Isle of Ouessant) for a second attempt at the Jules Verne Trophy, Spindrift 2 dismasted at about 1615h today (Monday 15 January 2018), south of Pointe Saint-Mathieu in a strong 30 knot westerly breeze and rough seas. Spindrift 2 was ready for this new attempt around the world with a relatively favorable weather window, after a long two-month stand-by at La Trinité sur Mer and then in Brest, Brittany. Read the full story.