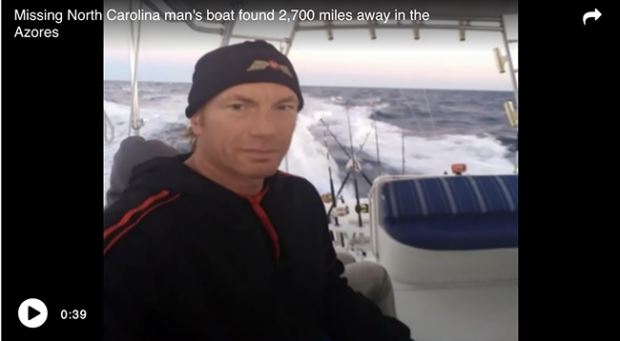 Man Missing From NC Since November. His Boat Has Now Washed Up in the Azores

(newsobserver.com) – Joseph Matthew Johnson was 44 years old when officials said he was last seen in November. He was alone when he left the Federal Point Yacht Club marina in a Clearwater boat, according to the National Missing and Unidentified Persons System.
Now, seven months after Johnson disappeared from the North Carolina coast, a Clearwater boat that he owned was discovered more than 2,800 miles away across the Atlantic. The boat washed onto São Jorge Island, part of the Azores region. Read More