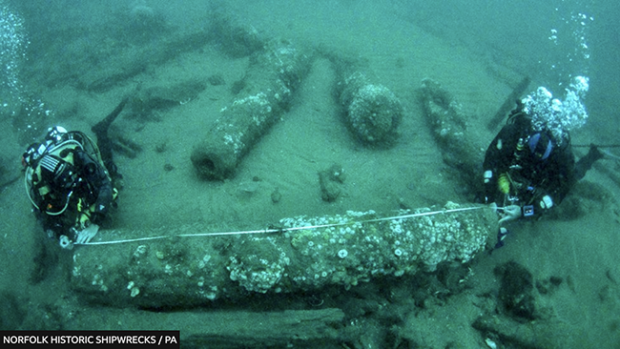 Shipwreck from 1708 Reveals its Contents

(Sky News ) – Royal Navy vessels sank the Spanish flagship in 1708 during the War of the Spanish Succession, but its resting place – near the port of Cartagena on Colombia’s coast with the Caribbean – had been a mystery for more than three centuries before the Colombian navy formally announced its discovery in 2015.
Experts speculate that the ship was loaded with at least 200 tons of treasure, including millions of high-purity gold doubloon coins, as well as many silver coins and emeralds that the Spanish empire had plundered from South America, worth up to $17bn (£13.5bn) today. Read More