It’s not just E.T. who wants to phone home, and the options for doing so are about to expand  (published December 2012)

I had just come off watch, deep in the Southern Ocean. Temperatures on deck were well below 40ºF, and I needed to get some messages out during my off watch. Sitting below for a while would be comfortable by contrast, despite the constant pitching and rolling as we surfed down 50-foot waves in the 60-knot howling winds. Getting my little laptop linked up with the SSB was surprisingly easy. The software for the telex seemed like a miracle, enabling us to send text messages by radio. But from our remote location and considering the time of night, getting a clear channel to a coastal radio station proved to be impossible—even after spending six hours in an attempt to transmit the message. It was now time to go back on watch, without rest and without completing the communications. This was not a “communications success story.”

That was in 1989, and this is now. Things have certainly come a long way. Communications continue to improve at an astonishing rate, and that pace is not about to slow down. Radio-enabled communication is now an even more cost-effective way to transmit data, and its reliability and convenience have improved considerably thanks in part to improved modems and services such as SailMail and others.

As a means of communicating from vessels at sea, satellite communications costs have come down and services continue to improve. The primary satellite systems that provide those services include INMARSAT, Iridium, Globalstar and Orbcomm. Orbcomm (www.orbcomm.com), a provider of LEO (Low Earth Orbiting) satellites, provides M2M (machine to machine) services. One of those services is the transmission of remote area AIS information. Fleet owners can follow their vessels in mid-ocean using Orbcomm satellites.

INMARSAT (www.inmarsat.com), a well-known long-time participant in marine communications, provides a wide variety of high altitude, geostationary satellite-based communications services between 70 degrees north latitude and 70 degrees south latitude, covering most of the populated parts of the planet. Services go from simple data transmission, to voice, all the way to broadband connectivity that can even enable video teleconferencing. Probably of most interest to sailors on medium-sized vessels is INMARSAT’s IsatPhonePro (www.isatphonelive.com). 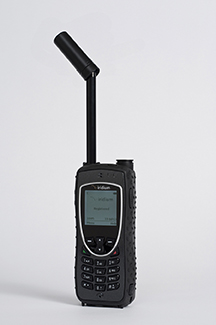 Iridium (www.iridium.com) is still the only truly global (pole to pole) communications system capable of transmitting voice as well as data on a real-time, anytime basis. They may not have the bandwidth to provide video teleconferencing, but they do offer a variety of services. Iridium, through numerous third party vendors, provides tracking for vessels at sea and other applications. I must admit that based on my own experience and according to most of the publications I’ve read, Iridium is hard to beat for the average sailor on a medium-sized vessel. This has been my opinion for several years, and it still holds today.

Having said that, Globalstar (www.globalstar.com) may be about to close the gap. In February, their last group of second generation satellites will be launched, completing their new constellation of LEO satellites. When their first generation satellites were launched, the data speeds achieved were somewhat faster than the speeds produced by Iridium. Both had handheld units that were battery-operated, providing true portability. One of Globalstar’s initial units that I tested years ago even provided a rollover feature that enabled communication through terrestrial cellular means when available, and satellite in the absence of low-cost alternatives. Regrettably, Globalstar suffered a major setback when most of their initial constellation of satellites lost duplex capabilities due to solar radiation. Duplex enables two-way communications not only for voice, but for data as well. Fortunately for Globalstar, the satellites’ simplex capabilities were unaffected, so one-way communications were possible. Messages could be sent from a transponder, but not returned. Polling of the remote devices was therefore also eliminated.

Globalstar, in an effort to expand utilization of their simplex services, developed SPOT, a now popular means of tracking as well as transmitting short messages. Throughout the problems encountered with their duplex system, Globalstar had a few generation one satellites that continued to enable two-way communications. However, due to the relative infrequency of those satellites, voice communication was only available intermittently—approximately five minutes at a time every half hour. The fully-functioning satellites passed overhead while voice communications worked, and when they soared out of range, the voice call was dropped. Now, with 80% of their second generation satellites deployed, reception is far more reliable. With February’s launch date set, following the satellites’ deployment and positioning, Globalstar will again be a full-fledged competitor for Iridium in some locations around the globe.

Globalstar has excellent products and services. However, there are geographic limitations that Iridium does not have. While Iridium is a true global communications provider, Globalstar has limitations not only with duplex communications (voice), but also with simplex communications for such tracking devices as SPOT and others. From anecdotal information, the Globalstar coverage map may be somewhat conservative. Friends of mine have reported good coverage while hiking in Nepal, an area that is indicated as not being covered. Areas in mid-ocean may similarly be covered. SPOT also has additional services including “Hug,” an alarm system that monitors assets such as boats.

Delorme has recently developed InReach, a tracking device not unlike SPOT in many respects. One potentially important difference, however, is that InReach is powered by Iridium, providing true global coverage in real-time. While you may not be sailing to the North Pole, you might very well be sailing up the Indian Ocean or across the Pacific Ocean. One system will cover your progress, and the other won’t (www.inreachdelorme.com).

Both InReach and SPOT can display “breadcrumb” trails on dedicated web pages, spacing the “crumbs” as little as 10 minutes apart. Other products, such as the Yellowbrick 3, allow the spacing to be as close as five seconds. Most, if not all of these products, allow for preformatted messages, and when interfaced with a smartphone, short messages can be sent. One should closely read the fine print to determine whether or not additional charges are levied for messaging that exceeds a specified threshold.

While many of the above tracking devices can be interfaced with maps for people back home tracking your whereabouts, some can also be directly interfaced with Facebook or other social media accounts. Most are only suited to tracking individual people or vessels. Another approach, of course, is to sign up with iBoattrack (www.iboattrack.com), a service for individual cruisers as well as fleets of vessels. Even this means of tracking offers choices. The U.K. company StratumFive offers Marine Track (www.marinetrack.com). Their commercial operation provides GSM/GPRS cellular communications as well as INMARSAT iSatM2M. And their sailing race tracker offers a self-contained, battery-powered satellite tracking solution for only 7.99 British pounds per unit, per day. Tracking devices and services abound.

Communications takes on many forms, whether we’re speaking about telegraph, telephone or “tell-a-woman.” Communications can be one-way or two-way and used for a wide variety of purposes. From offshore, there is a huge variety of ways to communicate, and depending on what you are trying to achieve and what you are willing to spend, some are better than others. 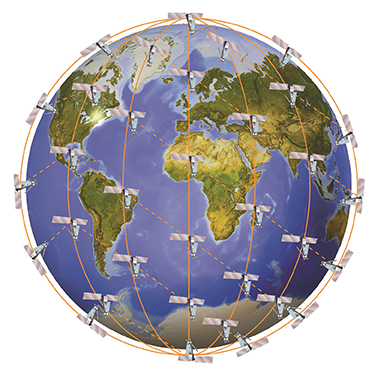 Radio still plays a very important role in the overall set of choices. It can be critical in certain situations. As satellite communications becomes more ubiquitous, convenience and quality will increase as costs decrease and availability spreads. The situations and efforts that were commonplace in 1989 are now a thing of the distant past. Huge leaps forward have already been made, and more are coming—as soon as 2013. The future is almost here.