On their way from St. Martin to Miami, they make an unexpected layover at Cuba’s impressive and brand new Varadero Marina  (published February 2017)

There were not many options. What seemed like a dream delivery was turning into something of a challenge.

Almost a year before, I had been contacted by the owner of a late model Hanse 585, who was re-positioning the yacht from Rio de Janeiro to Florida.

“I would like you to become familiar with my Hanse 585 and sail her from the Caribbean to the USA for possible sale.” A meeting was arranged with the owner at his office in Orlando, Florida, where he took time out of his very busy schedule and we talked sailing for several hours over lunch.

A year later, I found myself aboard one of the largest sailing yachts in Simpson Bay, St Martin, planning a perfect downwind voyage to Miami. There was just one little consideration: this yacht draws 9-feet, 4-inches with a fixed keel.

On a passage like this one, I always like to have 40-to-50 percent of the distance available for engine assistance, which would necessitate a fuel stop, just to be safe. Pouring over the charts, it became apparent that we could not plan on refueling in the Bahamas until Nassau, which was 1,100 miles away. The usual safe harbors of Turks and Caicos and the Exumas were out of the question because of our draft. So, it was glaringly obvious as we looked at the charts that we would have to make a stop in Cuba.

The trade winds complied and we made very fast time from St. Martin to the north coast of Hispaniola. An 86-foot mast gave us plenty of sail area (with a sturdy preventer deployed) and we flew as much headsail as we could carry to balance the significant weather helm.

On the third day, while running with more than 20 knots of true wind, we put a reef in the conventional mainsail to give the protesting autopilot some relief and set the essential preventer. The consequences of accidentally jibing the mainsail with our full-size mast did not bear thinking about. We were still making nine to 10 knots in the obliging trade winds. 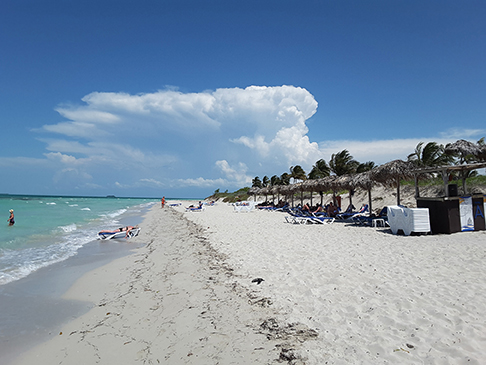 Our target was the acclaimed new marina at Varadero, 150 miles east of Havana, on Cuba’s north coast. After re-fueling, we would later take advantage of the Equatorial Current leading to the Old Bahama Channel, and then ride the Gulf Stream north to Miami.

We made an early afternoon arrival at Varadero that was followed by an easy clearing-in with the accommodating officials in the marina. The Brazilian crew was excellent on the 1,300-mile passage from St. Martin; but there was the first complication. Because two of the crew did not have U.S. entry visas, they needed to fly out of Havana. Airline tickets had to be arranged without falling foul of some of the still-persistent embargo rules. It took more than two days to comply with restrictions on international money transfers to facilitate this, but it did give us the opportunity to enjoy the marina and its beautiful adjacent beaches.

An evening trip into old Varadero was enlivened by a visit to The Beatles outdoor nightclub, where there was live music most nights of the week. The half hour ride back to the marina was made in a resplendent 1959 Oldsmobile 98 convertible. Magical. We also managed a brief visit into the colorful and musical city of Havana, where spontaneous musical groups set up in the beautiful, historic squares of the Unesco-recognized Old City. 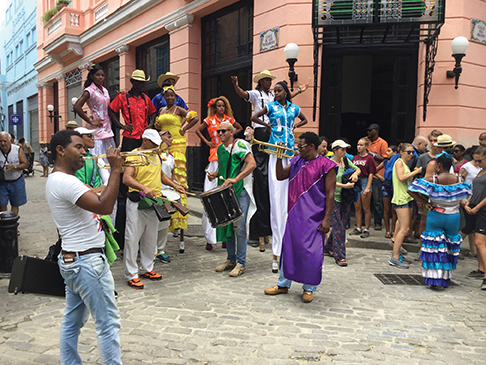 And then reality set in. The accommodating east and southeast trade winds of the last six days were backing around to the north, making our short 200 mile hop up the Gulf Stream more and more of a problem as wind against current was projected to spawn 10 to 14-foot breaking seas, with occasional gale force winds. It gave us (I had one crew, Renato from Rio de Janeiro) the chance to talk to some of the other sailors at the marina. In particular, we met a Canadian couple on a cruising catamaran who regaled us of the problems they experienced when negotiating with their insurance company.

The company said they would not cover them while in Cuban waters. This was resolved with the addition of a clause ruling out claims for “piracy”. Strange this, since there have been practically no piracy incidents in recent memory in Cuba, so while some other areas, such as the coastal areas off Venezuela and Colombia can be dangerous, the safety of Cuban waters should render this clause unnecessary. It seems there were concerns going back to the 1960s when the Cuban government expropriated assets of foreign nationals. In the end, the nefarious clause was redacted, and they were cleared to visit. 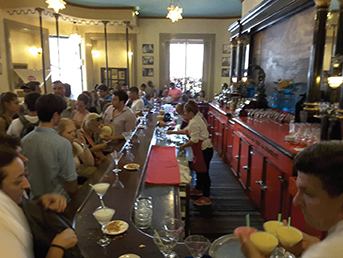 The present state of Cuba is much more enlightened than it was a decade ago, and the government enjoys the fruits of foreign exchange from locations such as Varadero, with its world class hotels and international visitors. The Varadero Marina itself has more than 1,400 state-of-the-art floating docks, adorned with an impressive array of 80-foot tall lightning conductors. Everyone assured us that they seemed to be effective!

Completing our clearing-out formalities was an absolute pleasure, accomplished in less than two hours. The wind conditions had improved, as forecast to east-northeast at 15 to 20 knots when we departed mid afternoon.

The expected equatorial current gave us an extra knot or two, before we sailed close-hauled up the Gulf Stream in 6-to-8 foot swells and our speed over the ground increased to over 11 knots through the night. Our expected 24-hour trip to Miami Beach Marina was completed in just 18 hours, which gave us a morning arrival. In these conditions, the Hanse 585 really showed its mettle, and we experienced an exhilarating ride through the Florida Straits.

The boat’s deep keel really helped us sail close to the wind, and the north-northeast setting Gulf Stream current kept us safe from the increasing lee shore of the middle of the Florida Keys, with its string of voracious coral reefs that have been the demise of so many vessels over the centuries. The full dodger gave us good protection as we took turns on the twin wheels, reveling in the response from the rudder as we galloped at high speed through the night. 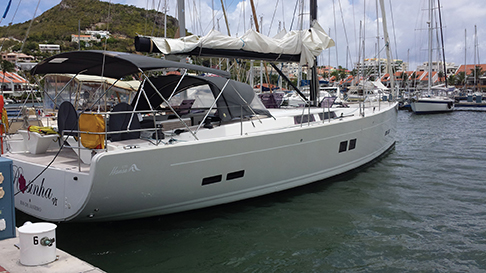 At the marina, we were met by the owner and briefed him on the details of the voyage, especially the necessary weather delay at Varadero. Not surprisingly, the owner decided not to list his yacht at this time, so he could continue to enjoy the delights of his offshore racehorse.

Looking back, the passage to Miami was a thoroughly enjoyable and enlightening experience that was made all the more pleasant by the Cuban officials and locals alike.

Tony Wall is a professional captain and ASA instructor who divides his time between yacht deliveries, offshore instruction and writing articles.