Last November, when the 57-foot cruising catamaran Leopard flipped over in a violent micro-storm 400 miles north of the Dominican Republic, the crew was able to swim free of the boat with their life raft and EPIRB. They climbed onto the upturned hull and switched on the EPIRB. The distress signal was broadcast on 406 Kh frequency to a satellite high overhead, where it was routed to a shore station and then to the closest rescue services. Within two hours, a Coast Guard C-130 had found them by homing in on the 121 Kh beacon that EPIRB also broadcast just for that purpose. Two hours after the C-130 arrived, a ship had been diverted from its course and was able to come alongside the cat to rescue the three crew. 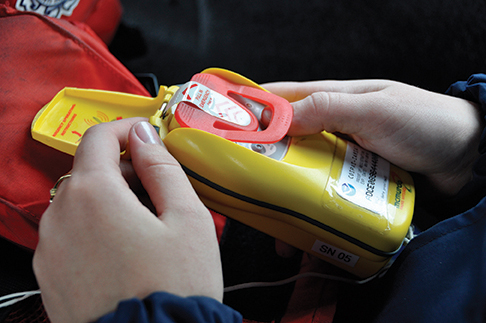 Personal locator beacons are designed to be carried by each crewmember and used if they go overboard. There are two types, one that uses the EIPIB system and alerts rescue services that you are in the water, and the other uses AIS-VHF signals and technology to let the crew of the boat you fell off of know exactly where you are. As AIS becomes more widely adopted in commercial and recreational fleets, the AIS based PLBs are becoming more popular

Just about everyone carries a smart phone, so while you are still within range of cell phone towers , 10 miles offshore, more or less, you are still linked to the grid and can call rescue services directly. Just dialing 911 will get you to an operator who can start the rescue process. You also should have the phone numbers for the Coast Guard search and rescue centers in the areas you will be sailing, plugged into your phone.

The Coast Guard’s preferred means of local communication, VHF is useful for ship-to-shore calls when within line of sight of the shore but is also useful for coordinating a rescue at sea with ships, helicopters or even C-130s. With the new DSC function on most modern VHF radios, users who have interfaced the radio with GPS and acquired an MSSI number (from BoatUS) can flip the emergency switch and the radio will alert the Coast Guard with your position, boat name, and other information. The new Rescue 21 coastal network of towers ensures that all the way around the U.S. and in the Great Lakes, your signal will be received and help will soon be on the way. It is common in the cruising fleet for a boat to be equipped with at least one mounted VHF and two hand held units. 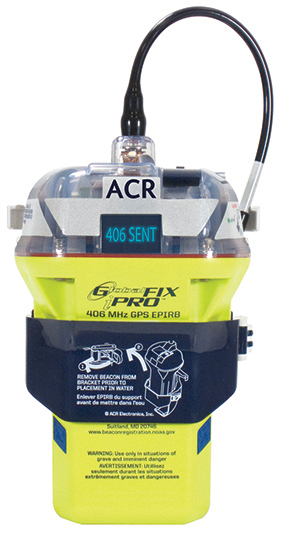 Once upon a time, SSB and Ham radios were the communications workhorses in the offshore fleet. But, today many cruising boats opt for satphones instead. Yet, a well installed SSB will give you a very large area for making an emergency call and will reach services that monitor the safety frequencies all the time. SSBs are also good for ship to-ship traffic, for fleet communications in races and rallies and for receiving and sending emails.

With the rapid improvement in the technology of sat phones that makes locking in on a satellite more reliable from the deck of bouncy yacht, more skippers are making the decision to sail offshore with an Iridium or Globalstar phone. Iridium is the better system since it has a much wider and more reliable network of satellites. Globalstar is known for the clarity of the sound and quicker data transmission. Sat phones can text and send emails so that gives you another level of communications security.

This inexpensive, hand-held communications device allows you to send and receive short messages via the Iridium satellite network. The unit can be linked to the DeLorme website to track your position as you cross an ocean or you can have it linked directly to your own website. It has a single button function that simply lets people who you are linked to know that you are okay, or not, and your position. Like the Irdium Go!, this is a really useful tool that could save your life. 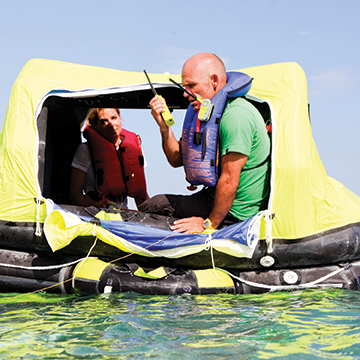 Similar in concept but much more basic, and therefore less expensive than the DeLorme, the SPOT uses the Globalstar satellites to send very simple messages and your position to a network that then can be linked to selected email addresses. Coverage is not world wide and can be erratic and even nonexistent in great cruising grounds like the Caribbean.