Colligo Marine – Soft shackles and snatch blocks
It is fairly evident that the future of sailboat rigging is in modern, high-tech lines and tackle. And though we might be years off from universal acceptance and use of synthetic standing rigging, there are plenty of reasons to trust it for smaller applications throughout a cruising sailboat. Light, strong and durable, Colligo Marine has a huge line of products made of Dyneema and brushed aluminum to replace those old, heavy stainless steel parts. Colligo’s Softie® Shackles and Hanks are lightweight, chafe and shake resistant, and are perfect for use on halyards and sheets, and as hanks on staysails or headsails. They’re made from 12 strand Dyneema and come in five different sizes.

Another intriguing product from Colligo—of the many—is the Soft Snatch Block. Snatch blocks can be used all over a sailboat, but can be expensive and heavy. Colligo’s Soft Snatch blocks are reasonably priced, extremely lightweight and strong. Made of polished aluminum, they are great for high load, low travel lines or low load, long travel lines. Lines such as Dyneema work best with them, but standard double braid can be used as well.

To view the full product line by Colligo visit www.colligomarine.com. 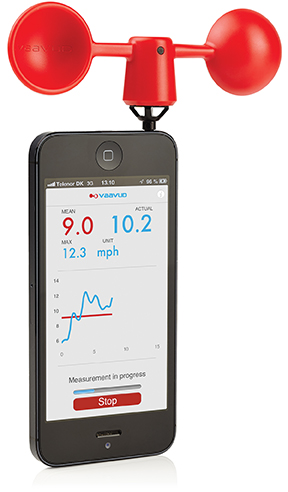 Vaavud Wind Meters
Handheld wind meters have been around for a while, but the new Vaavud Wind Meter is unlike all of its predecessors in that it plugs directly into your smartphone’s headphone jack. The two-cup anemometer was developed by Danish inventors and has been wind tunnel tested and calibrated. It is durable, pocket-sized and available in three colors. The plug in wind meter works in conjunction with the Vaavud app to give you average, actual and maximum wind speeds. The unit can also be used with the community-based weather network, Weendy, which allows you to post your wind readings for others to see.

The Vaavud Wind Meter is compatible with the iPhone 4, 4S, 5 and Samsung Galaxy S2, S3 and S4. It retails for $50. For more information visit vaavud.com. 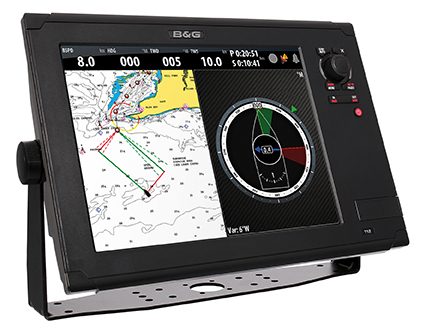 Though the B&G Zeus Touch has been out for a few months (see the Sept. 2013 issue of BWS), we thought it is worth another mention here, as BWS editors were able to test the product on numerous boats this fall. The Zeus Touch is a touchscreen chartplotter, radar screen, AIS screen and autopilot controller that also has B&G’s unique Sail Steer function that calculates wind angles and laylines, and accounts for current and leeway. This little unit can do a lot, so we were very eager to get it out on the water to see how it functioned in a practical setting.

Starting off with the touchscreen, we can comfortably say that the unit is intuitive when moving through the pages and customizing settings. Also, the screen is extremely visible from various angles, making it easy to read. The integrated autopilot worked well within the system and the Sail Steer function—which we initially thought would be best for racers but proved its merit for cruising—called a nearly perfect tacking angle into a channel near Annapolis, MD. Probably the most outstanding feature of the unit, though, is its ability to display and operate multiple functions at a time. All the screens and data bars are user configurable so you can customize how you want the screen set—meaning you can display a chart, autopilot and wind feature all at the same time. The Zeus Touch isn’t the chartplotter of yesteryear, especially for sailors. In our opinion, it’s the new standard for where marine electronics are going. 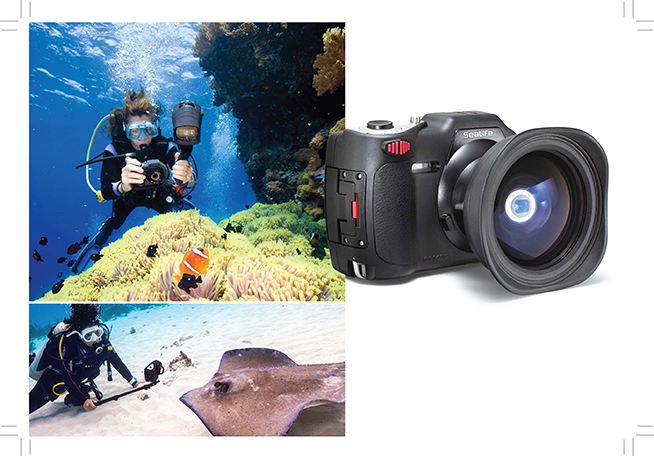 SeaLife Waterproof Cameras
If you are looking to take beautiful pictures and video in the water and out, the SeaLife DC1400 might be the last camera you buy. SeaLife’s new 14-megapixel camera, which replaced the popular DC1200, is diver-friendly with easy-to-use “piano key” designed buttons. Users have praised the new SeaLife DC1400 as a camera that is simple to operate for beginners who want quality shots, or for advanced photographers who want to play with aperture and shutter speeds to enhance their photos. Six underwater modes allow for crisp, colorful underwater photos in a variety of conditions and 27 land scene modes are pre-set for the type of scene. The rubber armor is shock-resistant and has been depth tested to 200 feet. BWS contributors have used SeaLife cameras for years and can vouch for their many positive capabilities.
For more information and to see photos and videos taken by SeaLife cameras, visit www.sea-lifecameras.com. 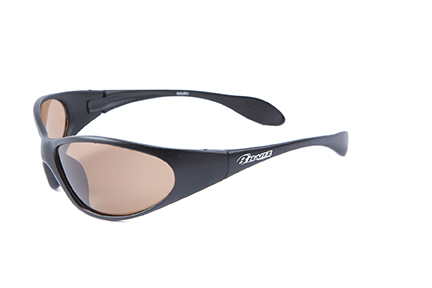 Barz Optics
Started by a former surfing champion from Australia, Barz Optics is a family company that opened their doors in 1996. Originally created to meet the demands of surfers who wanted to protect their eyes, Barz started making a sunglass/goggle, called an ARFA, which could be fitted with prescription lenses. Since that time, the company has jumped into polarized and prescription sunglasses and swim goggles for men, women and children. Barz Optics frames are stylish and comfortable, and the polarized photochromic lenses get darker as the sun gets brighter and lighter when it is overcast. They also carry a line of floating sunglasses and a full line of sunglasses with bifocal readers integrated into the lenses. 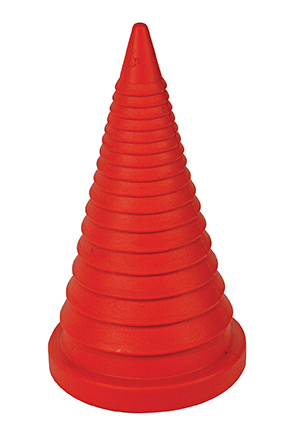 Stopping or slowing water from coming into your vessel is crucial. And Forespar has designed a new product to do just that. The new Sta-Plug Emergency Plug is a cone made of soft foam with ribbing that allows you to fill irregular impact breaches in a sailboat’s hull or leaks from a through-hull or hose. Sta-Plug’s ribbed design helps the plug gain and maintain a tighter fit, which will help seal the leak. Also, the ribs get concentrically larger which allows the user to twist and push the plug in place by hand. Because the Sta-Plug is made from high-density foam it will not mold or swell, but it can be cut or torn by hand to change its size. We imagine the Sta-Plug would be quite a bit easier to use in an emergency than wood plugs and would create a quicker seal as well.
For more information on the Sta-Plug Emergency Plug visit www.forespar.com.