Laying in my bunk, I could hear and feel the wind changing. A soft harmonic wind blew through the rigging and I listened intently to the speed of the boat match it. As our pace increased, the rustle of water against the hull went from a soft trickle to a steady low rumble before ending at a consistent rush. When it was my turn to pull on my foul weather gear and head on deck, I already knew what to expect while climbing into the cockpit.

From behind the helm I gazed into dark oblivion. When my eyes focused, I picked out a few stars between breaks in the clouds. Their dim light was just enough to steer by when visible and, coupled with the numbers on the compass, kept us on course.

A day and a half later had us closing in on land and as we neared, I could smell it. The unmistakable odor of low tide hung in the air and while passing rocky outcroppings on the approach to our anchorage, it strengthened.

After the anchor touched bottom, I set up the snubber and the helmsman shifted the engine into reverse. Reaching down, I put my hand on the line and felt for any vibration that might indicate our ground tackle was dragging across the bottom. We were set.

Later that evening, the taste of a hearty meal ashore assailed the palate. The first bites of food after the passage, when the stomach had returned to normal, were uniquely flavorful and washing it down with an icy drink made the event that much more memorable—a celebration of sorts. 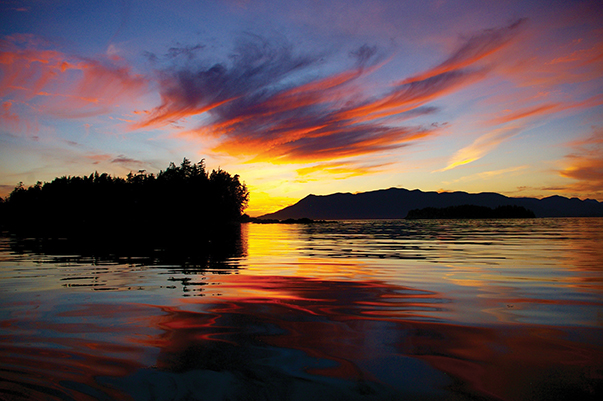 For cruisers, our senses are everything. Some are heightened more than others depending on what we’re doing aboard, but they are all honed and sharpened to a fine point the longer we’re on the water. Whether it’s hearing a change in how our engine sounds, tasting bilge water to tell if it’s salty, feeling the pull of a line as the wind fills a sail, absorbing the sights of a new anchorage, or having an unfamiliar smell inside the cabin set off a mental alarm, they are omnipresent.

Together, the five senses work in concert to do everything from keeping us out of harm’s way to enjoying the the beauty of the places we visit. The next time you’re on watch steering to the stars or bobbing in an anchorage enjoying a gorgeous sunset while sipping a cold one, think about each sense and how they got you to that point and the sea stories will flow.