There is no better way to build the skills and confidence you need for safe offshore cruising than by making long offshore passages with experienced instructors and experienced skippers. Here are five ways to transform yourself from a coastal cruiser to a competent blue water sailor.

MAHINA EXPEDITIONS
John Neal and Amanda Swan Neal may be the most experienced expedition instructors on the planet with more than half a million miles of offshore sailing under their keel and more than 1,000 students who are now alumni and competent offshore sailors.

Aboard their Hallbery Rassy 46, Mahina Tiare III, John and Amanda roam the world as they take their students on classic passages in the Pacific and Atlantic Oceans. Expeditions last from 10 days to up to three weeks and can involve both tropical and high latitude sailing. They have been to Antarctica and Alaska in the Pacific and in the Atlantic have cruised all the way north to the Arctic Circle and the Norwegian islands of Svalbard.

Along the way, students go through an in-depth course on seamanhip, navigation, boat maintenance and the care and feeding of offshore crews. By the end of three weeks aboard Mahina Tiare III, students will have seen a full range of weather and sailing conditions and will have encountered all of the joys and challenges that confront blue water sailors. Most of all, they will have experienced the excitement and satisfaction of making a safe offshore passage and an accurate and timely landfall. www.mahina.com 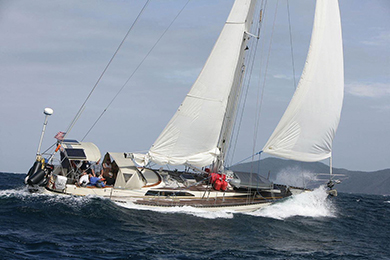 JOHN KRETSCHMER SAILING
John Kretschmer has been cruising, sailing and passagemaking for 30 years and has accumulated more than 300,000 sea miles in the process. Aboard his Kaufman 47 Quetzal, he offers his paying guests the chance to sail away to exotic locations while learning how to safely manage a large cruising boat.

But, he will tell you that John Kretschmer Sailing is not a “sailing school.” Instead, he offers experiences offshore during which he will show his guests how to do everything aboard from baking bread to trimming sails to repairing a broken head. Everyone aboard stands a watch, prepares meals and gets their hands dirty in the engine room.

John has a lot of repeat guests who sail with him to places like the Galapagos, Caribbean, the Atlantic Islands and the Mediterranean. Along the way, they all learn a lot, have a lot of fun and make some profound and lifelong friendships. www.yayablues.com 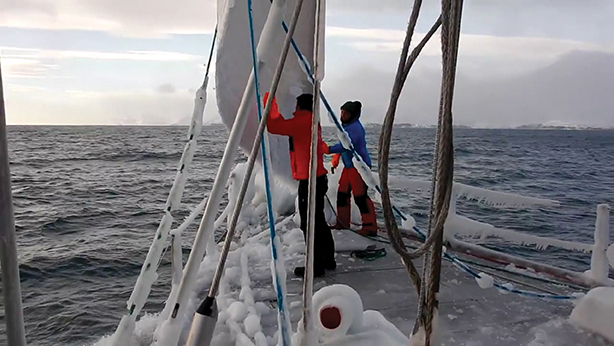 PELAGIC EXPEDITIONS
If you are looking for true high latitude adventures that can combine mountain climbing, Antarctic wildlife studies or expeditions to remote islands like South Georgia and the Falklands, then Pelagic Expeditions is for you. Not a passagemaking school, PE is more of a charter company that offers plenty of hands-on experience and associated learning while undertaking extreme adventures.

Founded by veteran ocean racer and mountain climber Skip Novak, Pelagic Expeditions now has two aluminum offshore boats, Pelagic and Pelagic Australis, that have been purposely built to withstand sea ice, the harshest sailing conditions, freezing cold weather and all of the other rigors and challenges that very high latitude sailing offers.

The boats can be chartered by groups or you can join the expeditions as an individual on a bunk by bunk basis. Every year Pelagic Australis makes the 40 day passage from Punta Arenas, Chile, to Cape Town, South Africa during which guests aboard can take and qualify for a certificate for the Royal Yachting Association’s Yachtmaster Course. www.pelagic.co.uk 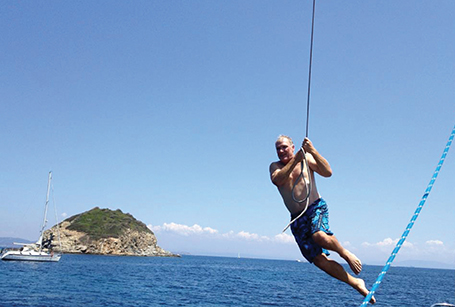 MARYLAND SCHOOL OF SEAMANSHIP
Since 1993, the Maryland School of Sailing & Seamanship has been offering Ocean Training courses from the East Coast to Bermuda and the Caribbean. Since then they have run more than 240 offshore courses for their students that range from 400 to 1,500 miles each.

The school is an ASA affiliate and the instructor/skipper leading the cruise is both a Senior ASA instructor and holds a U.S. Coast Guard Ocean Master’s license. For qualified ASA students, the passages qualify them for their Ocean Passagemaking Certification (ASA 108). But you don’t have to be on an ASA track to take part in a Ocean Training Cruise.

The school uses a Skye 51 as their training vessel. On each passage students will learn ocean cruise planning, equipment preparations, emergency and heavy weather procedures, onboard watch procedures, log keeping, celestial navigation and route strategies, weather analysis, port-entry from the sea and more. Included in each cruise is a two-day preparation seminar on the boat for the entire crew you’ll be sailing with. www.mdschool.com

OFFSHORE PASSAGE OPPORTUNITIES
For those who have some offshore experience and want to get more on other skippers’ boats without the instruction aspect, then signing up as a member of Offshore Passage Opportunities is a great way to get involved. OPO’s founder and president Hank Schmidt has created a clearing house for skippers seeking crew for passages and has helped many new sailors get some salt water in their sea boots. www.sailopo.com 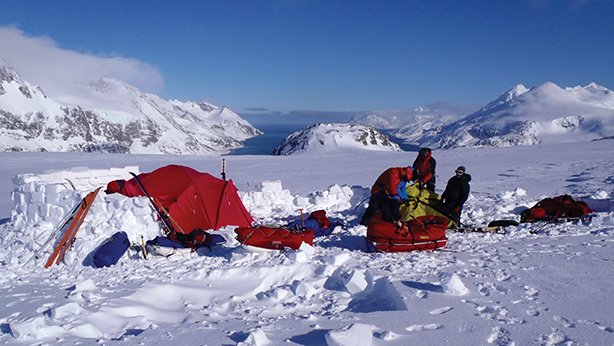