The nonprofit Salty Dawg™ Sailing Association (SDSA) hosted its ninth Fall Rally to the Caribbean with 69 boats participating. Monohulls made up 67% of the fleet, but the 23 multihulls taking part in the rally made this the largest fleet of multihulls ever to depart the U.S. in an organized event!

Captains in this year’s rally, which departed Hampton, VA on November 2, could choose from two arrival ports—Antigua or Eleuthera, Bahamas. Both locations welcomed the sailors with open arms and a week or more of planned activities. These “Safe Arrival” celebrations honored everyone’s offshore accomplishments with happy hours, yacht club receptions, an official Safe Arrival Dinner and much more.

Twelve boats made landfall in Harbour Island, Eleuthera, Bahamas or nearby, after heading offshore and across the Gulf Stream. Most made the trip in 4-to-5 days. Pink sand beaches, welcoming marinas, safe anchorages and world class diving all awaited. Planned activities included dinners, a raft up and BBQ, beach days, a pool party, and a “bar crawl.” A local pilot guided the boats through Devil’s Backbone, Eleuthera’s most infamous reef. This was the first time that Eleuthera hosted the Salty Dawgs.

The majority of the fleet pointed their bows to the beautiful Caribbean island of Antigua where, for the third year, the locals rolled out the red carpet for rally participants. Along with “Safe Arrival” dinners and happy hours, crews of this year’s rally were welcomed at the National Sailing Academy, the Antigua Yacht Club and Admirals’ Inn. North Sails held an Open House at their loft and the Royal Navy Tot Club of Antigua and Barbuda hosted an evening get-together. Other celebratory events included a beach party at Nelson’s Dockyard with dinghy races, rum punch and a potluck.

The boats in this year’s rally hailed from seven different countries and ranged in size from 30-70’ with the majority in the 40-49’ range. There were 10 kids aboard six different vessels and plenty of family-friendly events made this rally special for them. Crews ranged in age from 5 to 81 years. A third of the rally participants were female.

An amazing 42% of sailors in this year’s rally had participated in a previous Salty Dawg rally, coming back for the fun and camaraderie that a SDSA rally provides.

Salty Dawg boats that had spent hurricane season in the southern Caribbean were welcome to join up with the rally boats in Antigua to enjoy all of the planned activities. Many of them will consider sailing back to the U.S. in the SDSA’s Spring Rally to the U.S., which will depart in early May of 2020. For more information and to join the Salty Dawg Sailing Association, visit the SDSA website at www.saltydawgsailing.org. 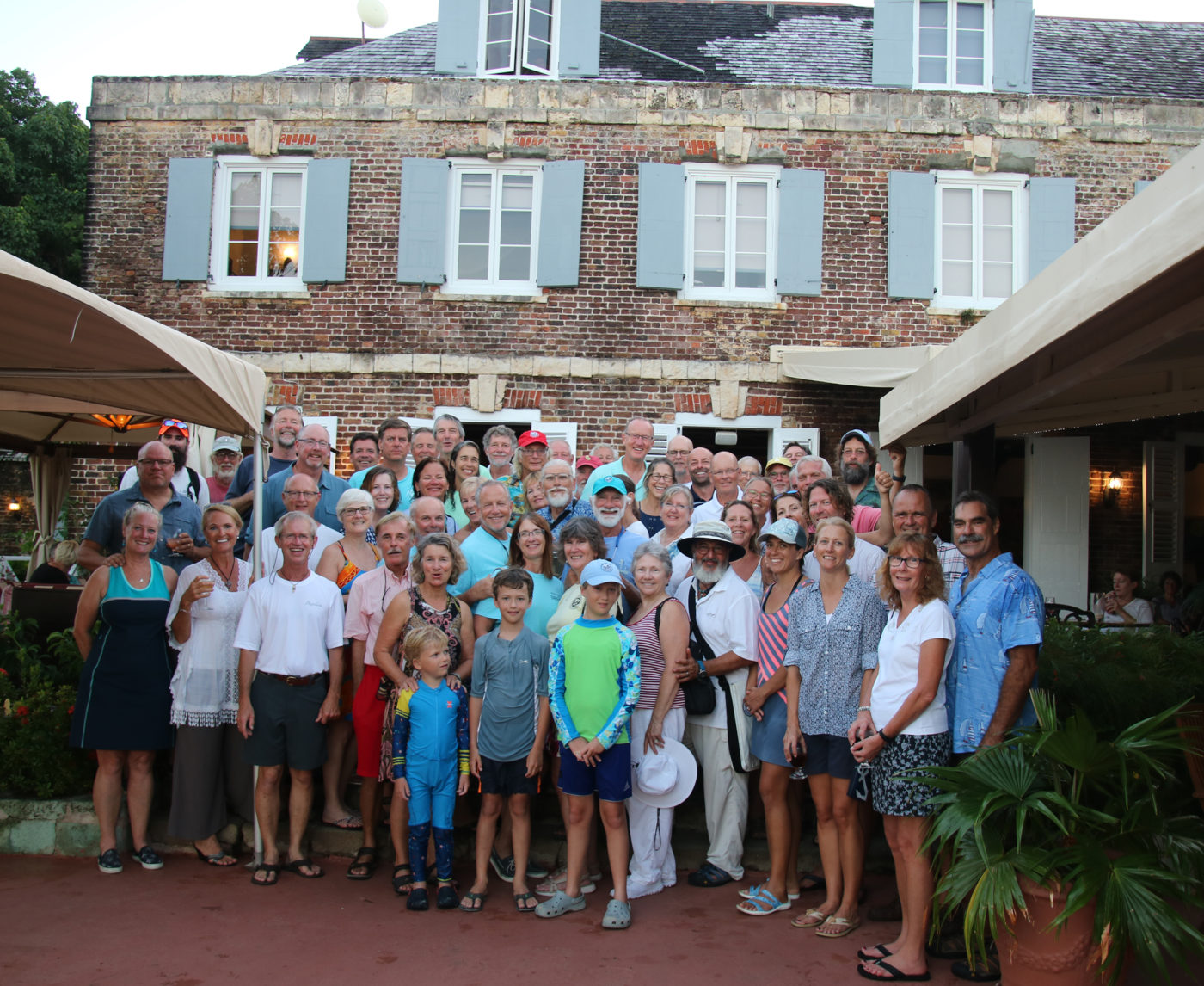