“Stay in Touch!” It’s a common enough term, but one that takes on many places and is important to many people  (published November/December 2017)

As I write this, two days ago Hurricane Irma roared through Florida. Yesterday, September 11th, marked the anniversary of the attack on the World Trade Center. That day, 16 years ago, Rich Wilson and I were preparing to embark on the New York to Melbourne, Australia speed record. Instead, we devoted our time to working in a hastily cobbled together triage center at the Chelsea Piers Sports Center. Whether we’re talking about two days or 16 years ago, on shore or at sea, friends and family have needed to be notified and informed about our whereabouts and situation. With or without phone communications we’re now able to accomplish that in a quick, easy and cost effective manner.
The state of global communications and positioning has changed greatly over the past decade or two. Asset tracking by satellite is growing, whether it’s called M2M (machine to machine) or something else. There are basically 4 different satellite systems that we’ll currently discuss. Iridium, Globalstar, INMARSAT and Orbcomm.

Iridium (http://www.iridium.com) uses a constellation of 66 satellites to uplink the message, relay it from satellite to satellite and then download it to a land earth station in Arizona to get on landlines or other terrestrial means of communications. The message moves at the speed of light, so there’s no real time delay to speak of. The other companies use a variety of geostationary or polar orbiting satellites to get and relay the message. Some have slightly more coverage (including or not including the polar regions or coastal versus completely covering all ocean regions). Iridium, as most people know, provides portable phones that allow for two way communications for voice and data. They also have third party vendors who provide tracking devices to enable passive remote area asset tracking.

IRIDIUM
As the smoke was still rising above the World Trade Center, most of the cellular systems in the New York metropolitan area were jammed with people trying to reach family or friends. Using Great American’s Iridium phone I was able to call my 7 year old daughter to let her know that we were OK in New York only a few miles from the Trade Center. Later, while offshore, we were again able to contact her and her classmates as we worked our way to Australia providing real life learning opportunities through Rich Wilson’s Sites Alive program. The cost per minute was less than Verizon has charged me to call by cellphone from Bermuda in other circumstances.

GLOBALSTAR
Globalstar (http://www.globalstar.com/en/), another satellite provider, had some issues with several satellites that went offline years ago, but that glitch is largely behind the company. At that time, radiation destroyed some of the hardware on the satellites used for duplex communications–the kind of communication we use when talking with each other on the phone. Hence, there could be a 20 minute or more delay in some of their voice transmissions as the remaining, fully operational polar orbiting satellites came into and got out of range. The equipment used for simplex communication wasn’t adversely affected, however. Simplex is a “one way” type of communication. Since GlobalStar is the satellite provider for Spot devices (http://www.youtube.com/watch?v=TFVl_HMEblw&lr=1&user=spotarchive), and Spot devices send positioning and limited pre-formatted messages by simplex transmissions, those forms of positioning devices on GlobalStar always worked quite nicely, covering most of the globe, though not all. (For simplex coverage areas, see: https://www.globalstar.com/en/index.php?cid=106&sidenav=232) But keep in mind that the Spot tracking device and other simplex devices only transmit in one direction. You can send pre-programmed messages or use an Android or iPhone to create messages, but you won’t be able to receive messages via the Spot tracker. If you want or need two-way communications through GlobalStar that works in many of the more populated parts of the world, the Spot Global Phone is one answer (see: https://www.globalstar.com/en/index.php?cid=101&sidenav=85).

The traditional Spot device is one type of relatively low cost tracking device, targeted at the back country and marine markets as well as mainstream consumers. Global Ocean Securities Technologies’ (GOST), EZ Tracker offers another quite different approach. (https://www.gostglobal.com/#home_section). The EZ Tracker is designed to be battery operated, lasting up to 180 days. Their products also can transmit sensor relayed information, providing additional information about your vessel such as security, surveillance, engine monitoring and other data. Communications via the GOST EZ Tracker are by both terrestrial Wi-Fi networks, cellular networks as well as communication by satellite. The G3G GSM Communicator features Quad band GSM/GPRS/EDGE 850/900/1800/1900 and Tri-band UMTS/ HSDPA frequencies 850/1900/2100. For situations that go beyond land based systems, GOST uses the Nav-Tracker 2.0 to keep you informed of your boat’s location through a GPS service provided by iSat M2M service.

ORBCOMM
In early 2015 Orbcomm completed the acquisition of some of INMARSAT’s tracking and communications products. Orbcomm has a wide variety of third party tracking options available through their SkyWave program which uses the IsatData Pro. You should be aware that when INMARSAT says that they offer global communications, they do not include polar regions. As an example, KVH satellite communications products use INMARSAT satellites and their coverage maps can be seen here: http://www.kvh.com/Pages/Satellite-Coverage-Maps/Satellite-Coverage-Maps/TracPhone-Maps/miniVSAT-Broadband.aspx. By using high altitude geostationary satellites, the INMARSAT satellites reach from 70 degrees North to 70 degrees South latitude, ample coverage for most users. Orbcomm, on the other hand has an expanding constellation of Low Earth Orbiting (LEO) satellites which can cover much of the globe. If you’re planning to head to the Norwegian Arctic, you should also think about Iridium, a truly global system.

Orbcomm is a satellite company that is primarily focused on M2M data communications using their low earth orbit network of satellites as well as the INMARSAT geostationary satellites for some of their products. They are another one of the satellite companies that provide services of their own or to third party vendors who create the gadgets we like to use in remote areas. And they are one of the companies that help to enable roll over between cellular data communications and satellite data communications in an attempt to use the lowest cost means of data communications. The greatest amount of their traffic is related primarily to asset tracking, whether that is a fleet of ships or trucks, individual containers or rail cars. They also provide AIS (Automatic Identification System) data far beyond the line of sight limitations of ships at sea, using their network of satellites (https://www.orbcomm.com/en/networks/satellite-ais). 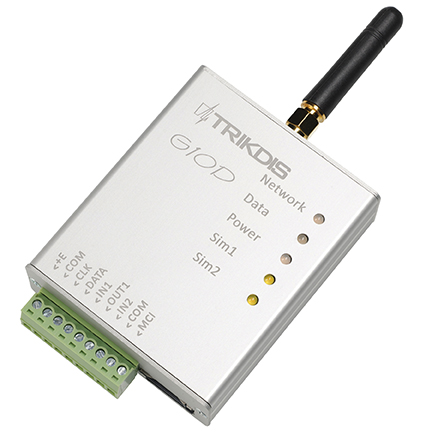 LET OTHERS TRACK YOU
While many of the above tracking devices can be interfaced with maps for people back home tracking your whereabouts, some can also be directly interfaced with your Facebook or other social media home pages. Most are only suited to tracking individual people or vessels. Another approach, of course is to sign up with a service such as iBoattrack (http://www.iboattrack.com/), a service that allows for individual cruisers, as well as fleets of vessels. Even this means of tracking offers choices. The UK company, StratumFive offers Marine Track (http://www.marinetrack.com/). Their commercial operation provides GSM/GPRS cellular communications as well as INMARSAT iSatM2M.
Tracking devices and services abound. Friends of mine are now scattered across Florida following Hurricane Irma, some with limited access to computers, phones or power, and often I’m located somewhere in the middle of the ocean. These services are available to all of us regardless of whether we’re cruising or dealing with unforeseen adversity on land. Some of the systems even allow us to interface our Smartphones with the satellite transponders to allow more than just tracking. If we want our friends and family to know where we are and how we’re doing, the technology is readily available. It’s getting less expensive. And the choices are only improving.