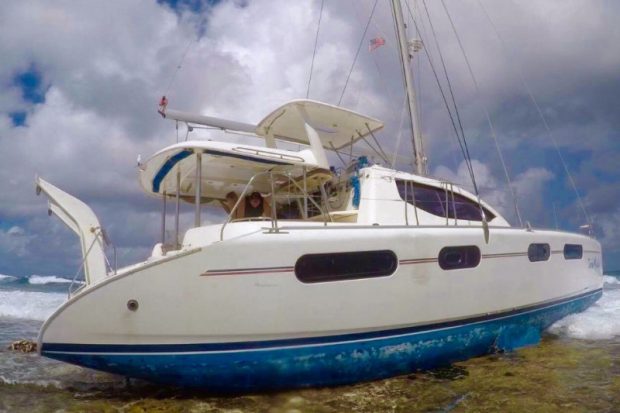 Mayday On Passage from Mo’orea to Huahine

On July 23rd, at approximately 8pm, Danny and Belinda Govatos with four of their children aboard their 46′ Leopard catamaran hit an unmarked reef on the approaches to Huahine, in French Polynesia, South Pacific. They were using Navionics charts and were just about to sit down to dinner.

Tanda Malaika has been their home for over 2 years and they all have become quite experienced and passionate sailors.

It was dark and they were almost to their destination. Their Navionics charts incorrectly indicated they were in deep water and the boat hit a huge reef. 8-10 ft waves pushed the boat further and further onto the coral. Read More