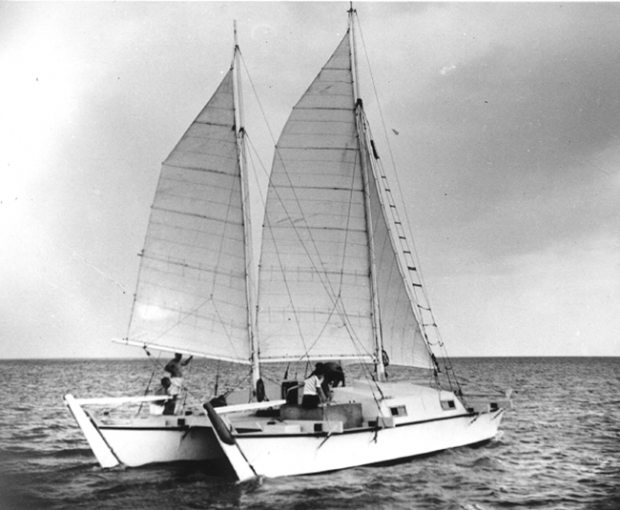 First Transatlantic Passage on a Catamaran Happened 60 Years Ago

If you have been to a boat show or gone chartering in the islands recently, then you will know that catamarans are now the cruising boats of choice for a huge number of sailors and power boaters. But that wasn’t always the case.  Years ago, catamarans were considered unseaworthy and liable to flip over in high seas. Trimarans were called sailboats with training wheels. But there have long been true believers in the benefits of cruising multihulls and none more so than James Wharram. In 1959, he sailed a traditional cat of his own design in the Polynesian tradition from New York to Wales in the UK. It was the first such Atlantic voyage for a cat. Read more in Mysailing.com.au.