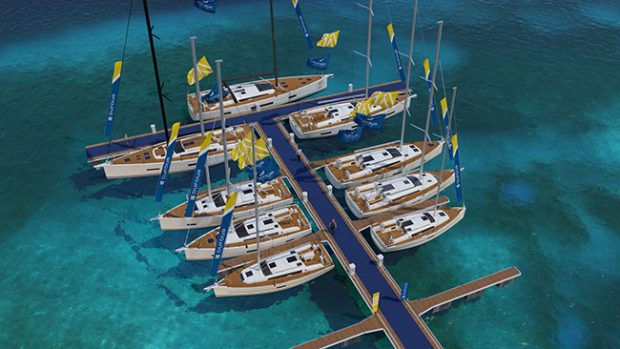 The venerable French sailboat builder, Dufour Yachts, was one of the first European builders to enter the U.S. market back in the late Sixties. Michel Dufour was already something of a legend in the sailing market in France and his interesting designs made a real splash in North America. Yet, over the years, the Dufour brand did not take off in the U.S. at the same rate as other European builders like Beneteau and Jeanneau. But, according to the folks at Dufour, that is going to change. Dufour was bought by Fountaine Pajot last year and with the giant catamaran builder behind the company, they are planning a large expansion across North America. The first step was to add a prestigious east coast dealer network to represent the brand.    On Monday, June 1, Atlantic Cruising Yachts officially became a new U.S. based dealer and started selling Dufours to private owners and into their ACY charter fleets. In a press conference on Wednesday with Dufour, ACY and representatives from the North American yachting press, the Dufour team and Chris Bent, CEO and owner of ACY, outlined how this new partnership would go forward. ACY was already a large and important dealer for Fountaine Pajot so adding Dufour made a lot of business sense. Plus, as Bent noted, Dufour was not as well-known among U.S .sailors as it was in Europe where it regularly is one of the top selling sailboat brands, particularly in France and Italy. That indicated that there is plenty of room for the Dufour brand to expand. And, the Dufour team and Bent emphasized that excellent sailing performance and quality of build will be the big selling points.     It was interesting to learn during the press conference that both new and brokerage boats are selling right through the pandemic and order books are full going into the summer. Perhaps going sailing is the healthiest, safest and most relaxing thing we can do right now. I certainly agree with that.     ACY has just got all of the Dufour yachts up on their website so you can check them out here.

And Dufour has a fun, virtual boat show online they created during the coronavirus shutdown that you can visit here. 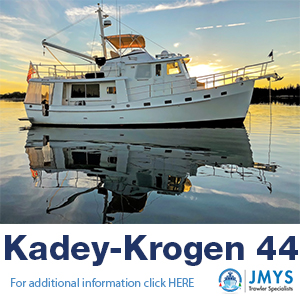