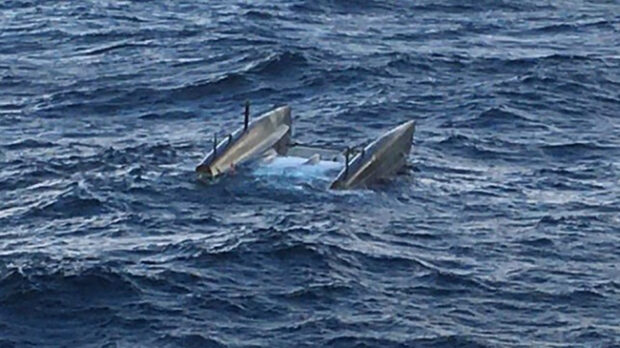 (Maritime Executive) – Three sailors from a 49 foot catamaran were rescued off the coast of Portugal by a Finnish RoRo ship, the Midas. The catamaran had capsized and the crew abandoned the ship to a liferaft. They were able to set off their EPIRB whose signal was picked up by the Midas. Midas had to stand off until daylight to pick up the crew due to weather conditions. A fourth crew off the sailboat did not survive the capsize. Read More