Safety depends on planning, preparation and practice-and the hard information you will learn at a sanctioned Safety at Sea seminar  (published May 2015)

The 1979 Fastnet Race in the cold waters of the North Atlantic and Irish Sea saw one of the worst fleet disasters in sailboat racing history. In the aftermath of the storm and the loss of boats and life, experts from sailing authorities around the world conducted a post mortem to find out what had happened and formulate a plan to prevent such disasters from occurring again.

The consensus among experts who studied the 1979 Fastnet tragedy focused on the lack of preparation of boats and crew leading up to the event and the general ignorance of safety procedures by most of the crews. What was lacking, in fact, was formal safety training for sailors heading offshore.

In the U.S., several prominent sailors and activists got deeply involved in the discussions following the Fastnet and John Rousmaniere’s excellent book Fastnet Force 10 provided a well researched analysis of what had really gone on out there in the midst of the storm.

No one understood the need for a formal process of educating sailors about safety at sea more than Captain John Bonds of the U.S. Navy. Bonds was a veteran sea captain who had taught at the Naval War College in Newport, R.I. and in 1981 became the Director of Navy Sailing at the Naval Academy in Annapolis. In that same year, Bonds also joined the Safety at Sea Committee of what was then called the United States Yacht Racing Union, now U.S. Sailing. 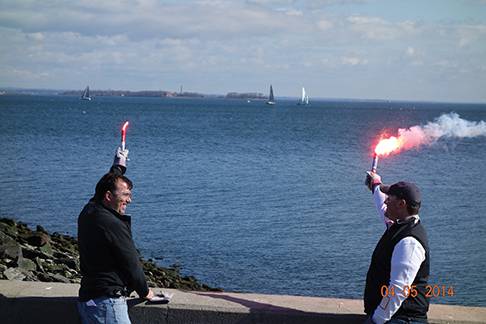 Working with his midshipmen sailors, Bonds began to explore safety equipment, tactics and maneuvers. In the process, he developed the now universally accepted Quick Stop maneuver for retrieving a man overboard. And, he was an early champion of inflatable life jackets, also now universally accepted.
At the Academy, Bonds developed an annual Safety at Sea seminar for the midshipmen that laid the foundations for the seminars we know today. In 1984, he opened the seminars to the general public and began the tradition of preparing all sailors for offshore sailing and racing.
After retiring from the navy, Bonds became the Executive Director of U.S. Sailing where he served from 1988 through 1994. Under his tenure, the Safety at Sea program grew and became an integral part of events such as the Newport to Bermuda Race, the Chicago to Mackinac Race and other offshore events. Bonds’ passion for sailing and safety at sea lives on after his passing in the curriculums and broad acceptance of the U.S. Sailing sanctioned seminars that are held across the country every year.
There are now four categories of safety seminars available for sailors of all persuasions: Coastal, Offshore, Offshore & Hands On and Junior. 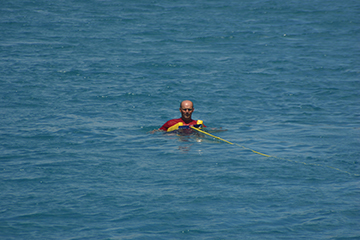 COASTAL SEMINARS
In the last few years, seminar organizers have started running safety at sea seminars at boat shows for the general public. The full day offshore seminars tend to be popular in years when the participants of the big offshore races are required to attend one.

But there also was an apparent need among the general sailing population for less intense safety training that could be fit into a half-day program. Chuck Hawley, who is the Chairman of U.S. Sailing’s Safety at Sea Committee, has worked with his committee members and his fellow SAS presenters to come up with a four hour Coastal seminar that could be run on a Saturday morning during a boat show.

The Coastal seminars are designed to provide essential safety information for new sailors or those who will be sailing coastwise. The primary focus is on personal safety gear, such as inflatable life jackets, safety harnesses and jacklines. This is followed by a discussion of man overboard emergencies, the Quick Stop maneuver, the LifeSling rescue and getting a person back onto the boat.

Emergency communications is an essential part of any safety at sea operation so the Coastal seminar offers standard procedures for using a radio to call for help and coordinate with rescuers. Finally, the Coastal seminars take the attendees through search and rescue scenarios that are based on real life case studies.

Although you do not get a U.S. Sailing Safety at Sea certificate for attending a Coastal seminar, you will leave the event after four hours with an invaluable introduction to the best practices for staying safe out on the water.

OFFSHORE SEMINARS
The original format for the seminars created by Captain Bonds, the full day, eight hour Offshore seminar, covers all of the ground in the shorter Coastal seminars and much more. These events are moderated by a U.S. Sailing approved moderator and taught by noted experts.

The curriculum takes attendees through the whole menu of safety related subjects.  Heavy weather preparation and tactics is a core topic that covers storm sails, heaving to, weather forecasting and storm sailing tactics.
The crew health segment deals with assembling a medical kit, seasickness, first aid, CPR and then addresses in detail how to prevent or deal with hypothermia. The focus is on becoming self sufficient and capable of dealing with medical issues large and small.

The rigging and jury rigging segment deals with keeping your sailing rig and steering systems in sound working order and then shows you what to do should you have a failure. Being able to repair your steering or set up a jury rig to keep the boat sailing are both vital safety skills.

The daylong seminar also includes discussions of fire prevention, life raft deployment and survival, and emergency signaling with flares and other devices. At the end of eight hours, most attendees are saturated with information and ready to prepare their boats and crews for whatever the sea dishes up. U.S. Sailing awards a Safety at Sea Certificate for those who attend an Offshore seminar. Sailors who plan to sail in one of the large offshore races should check the event’s notices to see if the event organizers require crews to attend a safety at sea seminar. In many cases, a certain percentage of those aboard will be required to have an SAS seminar certificate. 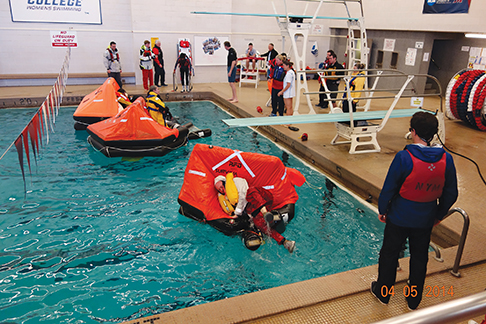 OFFSHORE & HANDS ON SEMINARS
The most intensive of the seminar programs, the Offshore & Hands On seminars are two-day affairs that usually involve 14 hours of training. The first day is a standard Offshore seminar as described above.

The second day is held outside where the attendees learn how life jackets work in distress situations and how to inflate and climb into a life raft. The group then undertakes a series of safety scenarios that involve rapid decision-making, problem solving and risk assessment.

The two day seminar is particularly useful for skippers and watch captains who will be involved in training their crewmembers on the boat’s safety equipment and procedures.  The seminar moderators emphasize the need for planning, preparation and practice for all crews heading offshore. In particular, crews need to practice their man overboard maneuvers in order to reduce reaction time and the distance traveled before initiating the rescue maneuvers. Attendees of the two-day seminars receive a U.S. Sailing and ISAF certificate.

JUNIOR SAFETY SEMINARS
Most junior sailors start their sailing careers in small boats and learn their basic safety skills in yacht club summer sailing programs. For most, big boat sailing and offshore safety skills come much later in life. To introduce junior sailors to big boats and the safety issues associated with bigger boats and offshore sailing, the Storm Trysail Foundation developed the first Junior Sailing safety programs 1997. To date, more than 4,000 young sailors have attended one of the daylong events. 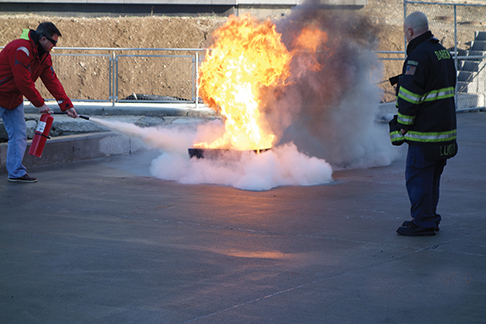 In 2011, the STF joined forces with U.S. Sailing to develop a standard curriculum that dovetails with the existing instruction offered by the Safety at Sea Committee and the U.S. Sailing affiliated sailing schools. The seminars are primarily held in New England and are run by the STF and its volunteers. For more information, log on to www.stormtrysailfoundation.org.