The call came in on schedule from Lime’n at sea.
“Can you hear me?” Tony called into the handset of the Spot Globalstar phone.
“Loud and clear,” I answered from the relative safety of my desk at home. “Where are you?”
Tony gave me their coordinates and asked me to give him a forecast, which I had been working on by studying PassageWeather and the NOAA weather charts.
“It better be good, because it is getting breezy out here,” he shouted over the sound of the wind.
“Well, you’re south of the Gulf Stream so that’s good. The wind is going to back to the south west and it’s going to blow 35 to 40 for the next 24 hours.”
“Holy ****!” Tony said and then the signal was dropped. 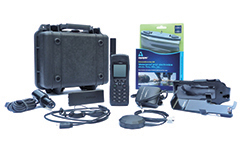 And that’s the way it went for the 14 days that it took Tony and Judy and their crew to sail to Bermuda and then on to Antigua. Tony would call in every other day for a weather forecast and to let us know their position, course and speed. And when it was really rough, the phone tended to drop the signal often. When the weather settled down and the boat wasn’t pitching madly, the phone held the signal without much effort.

A couple of years ago, on a 1,500-mile passage Tony and I made aboard Lime’n from West End in the Bahamas to Newport, R.I., we brought along an Iridium phone that we plugged into my laptop so we could download weather from OCENS and send and receive email through the OCENS email server. We had a portable antenna that we mounted on deck, but we still had the issue of dropping the signal when the boat was moving around a lot. Still, being able to get email at sea was a novelty that soon became a necessity. And having up to date weather charts was a huge plus, too.

Certainly the age of satellite phones has become firmly established in the cruising community and the technology and accessories make using this space age communication system easier and less expensive.

THE BIRDS
There are four satellite systems up in the skies that serve the major satellite phone systems. The grand dad of satellite communication is INMARSAT, which is a worldwide consortium that got together under the auspices of the I.M.O. to launch 10 geostationary satellites and now maintains them and leases communications time to phone companies.

INMARSAT was conceived as a commercial maritime phone system and has always been the most high tech of the four networks with a range of phone systems to go with it. Fleets of tankers, cruise liners, oilfield work boats and rigs are the prime users of the system followed by mega yachts, and more recently the more frugal of cruisers, with the addition of their latest lower cost handheld phone. The system’s 10 satellites are stationed 22,000 miles from earth, so you need a powerful signal to transmit voice and data without interruption.

Iridium was launched to bring satphone technology to the masses. With a vast array of low orbit satellites that are only 430 miles from earth, the Iridium network has complete worldwide coverage. Because the birds are close to earth, the phones can be smaller and less powerful which in turn makes handheld phones possible. The satellites are configured to share data during a call so you always have coverage and you always have a live link to ground stations and the terrestrial phone networks. Iridium satellites do handle both voice and data but the speeds are fairly slow. The Iridium satellite network is still primarily made up of first generation satellites that are being replaced gradually.

Globalstar is the third main player in the satphone market and is a company that has seen serious challenges since its inception and has teetered on the edge of insolvency for years. But 2013 was a banner year for the company as they launched a complete second generation of satellites that are the most modern, fastest and reliable birds in the communication universe. Also a low earth orbit system, Gobalstar satellites cover North and South America, Europe, Russia and most of Asia, North Africa, Australia and New Zealand. But the world’s oceans, particularly in the Southern Hemisphere, are not covered. The new satellites offer baud rates for data that are three times faster than Iridium but still not fast enough for surfing the Internet. 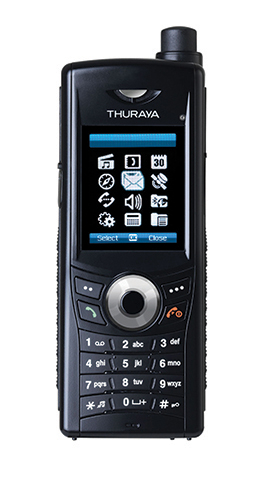 Thuraya, a Dubai based telecommunications company, has three satellites positioned over the Middle East, Austral Asia, Europe and Africa. Thuraya does not cover North and South America or the Atlantic and Pacific Oceans. A modern company with new satellites, Thuraya offers dual purpose phones that can call on either cell systems or via their birds and can handle relatively high speed data transfers.
In 2013, Thuraya introduced a unique new case and application that transforms an iPhone into a satphone. Simply download the app, snap on the case, sign on and make your satellite calls. The system does not handle data but this looks like an innovative trend that may be an indication of where the whole satellite phone business will be going in the years ahead.

In the same iPhone niche, Globalstar’s SPOT division has introduced SPOT Connect, which is a small transceiver that moves packets of text data quickly so you can send text messages from anywhere covered by the Globalstar birds. It doesn’t handle voice communication and can transmit only very short text messages, but can be a useful addition to other forms of communications.

PHONES FOR CRUISERS
For most cruisers, the usefulness of a satphone will be defined by how well it can handle voice communications, email and limited Internet connection. But, costs and where you plan to sail on the planet will be a big determining factor.

Costs for satphones are all over the place. Globalstar has introduced two satphones, one under the SPOT label, that retail for less than $500, which is about half of what an Iridium phone costs. In between these two, INMARSAT has introduced a handheld phone with a flip up antenna called the iSatPhone that retails for around $700.

These prices are for the handheld phones only and do not include remote antennas or docking stations. The remote antenna for an iSatPhone will run about $550, so you see that the cost of the phone itself is just the beginning. For the same IsatPhone equipped with a marine docking station below decks, an active remote antenna, and the cable to connect the antenna, you are looking at a total of about $2,800 for a professional grade satphone setup that is truly worldwide.

If you choose to go the Globalstar route, with a docking station, remote antenna and cables, you will be looking at a total of only about $1,000 and you will end up with a phone that offers great voice clarity and a baud rate that won’t slow you down too much. With the addition of the new Globalstar satellite network, this becomes a very attractive option.

If you need a true world phone but don’t want to go with INMARSAT, then Iridium is the best choice. The 9555 is the middle of the road model and retails for under $1,200. Add a docking station for below decks mounting and a remote antenna and you are looking at close to $2,000.

The systems described above are for voice and texting components only. For email, you have to integrate your laptop into the system. 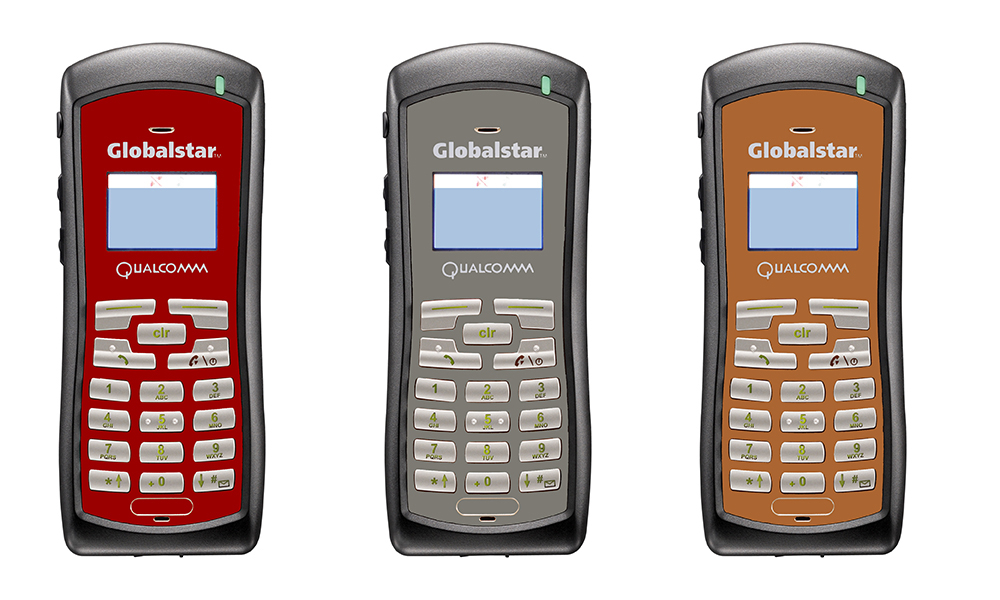 EMAIL
The ability to send and receive email while on your boat at sea or in a remote location has all kinds of benefits ranging from safety of the crew, to medical consultations, to running your affairs at home while you are away.

The key ingredients in setting up your onboard email are the satphone of your choice, a cable (typically USB) that links the phone to your laptop or an Optimizer that creates a Wi-Fi network that your computer can link to, and finally an email service. By using an Optimizer Wi-Fi attached to your phone, you can then run your computer, tablet or smart phone anywhere on the boat without having to move the phone with you.

Today, INMARSAT offers the fastest data speeds for moving email to and from your computer, with Globalstar being a strong second and Iridium third. It should be noted that Iridium is in the process of replacing their old satellites with second generation birds and their baud rates will be going up accordingly.

Yet, even with the faster baud rates we are seeing today, satphones are slow at moving raw text, images and email files can be painful and expensive since you are paying for airtime by the minute. There are three good email solutions out there for satphone users. The first is OCENS Mail that allows you to set up a unique maritime mailbox, which then delivers and receives your files in a packet format that moves 15 times faster than ordinary files. OCENS Mail works with all satphone protocols.

UUPlus is a company that focuses primarily on remote land based communications but works equally well on your boat at sea or in remote locations. Like OCENS Mail, UUPlus compresses your files for transmission and uncompresses them once they arrive at their destinations. And like OCENS, UUPlus works with all satphone protocols.

Lastly, MailASail is a U.K. based communications company that supports the Iridium and INMARSAT networks. The technology is similar to the other email providers and has proven very popular with the ARC Rally fleets.

But how much does it really cost? Well, the price of using your satphone is something of a moving target because it all depends on how much you plan to use the phone. For a baseline comparison, let’s assume you will use the phone for 100 minutes a month, which will seem like a lot but will be easily used up with email, downloading weather files and making the occasional phone call.