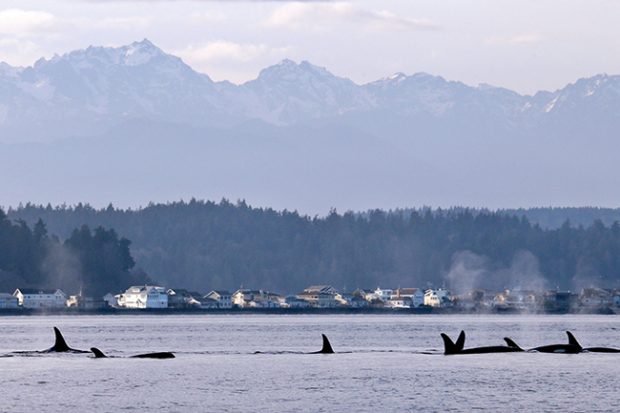 Orcas Disappearing from the Pacific Northwest

One of the joys of sailing in the Pacific Northwest is being able to spot the beautiful black and white killer whales. As reported by the New York Times, the orcas are dwindling at a fast pace.

For the last three years, not one calf has been born to the dwindling pods of black-and-white killer whales spouting geysers of mist off the coast in the Pacific Northwest.

Normally four or five calves would be born each year among this fairly unique urban population of whales — pods named J, K and L. But most recently, the number of orcas here has dwindled to just 75, a 30-year-low in what seems to be an inexorable, perplexing decline.

Listed as endangered since 2005, the orcas are essentially starving, as their primary prey, the Chinook, or king salmon, are dying off. Just last month, another one of the Southern Resident killer whales — one nicknamed “Crewser” that hadn’t been seen since last November — was presumed dead by the Center for Whale Research. Read More