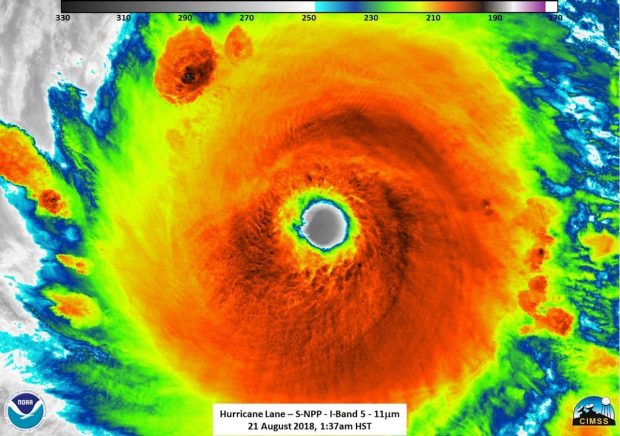 As we were getting Cruising Compass ready yesterday (Wednesday), the National Weather Service announced that hurricane Lane in the North Pacific Ocean had grown into a Category 5 storm and they issued a hurricane warning for the Hawaiian Islands. At the time, it looked like the islands would avoid a direct hit. We hope so. It is just a year since hurricane Harvey devastated Houston and hurricanes Irma and Maria laid waste to the Caribbean islands of Barbuda, St. Martin, the BVI, USVI, Puerto Rico and parts of the Florida Keys. Houston has taken a year to recover but the Caribbean islands are still mostly in a terrible state. While charter companies in St. Martin, the BVI and USVI are back in business and have boats to charter, the basic infrastructures of the islands – housing, telephone, fresh water, electricity – are still far from back to normal. The NWS announced a couple of weeks ago that the Atlantic hurricane season should be calmer than last year. So, as Wednesday turns in Thursday, our thoughts are with our Hawaiian friends and our hopes are that this year no one has to suffer the awesome power and devastation of a direct hit by a massive storm.