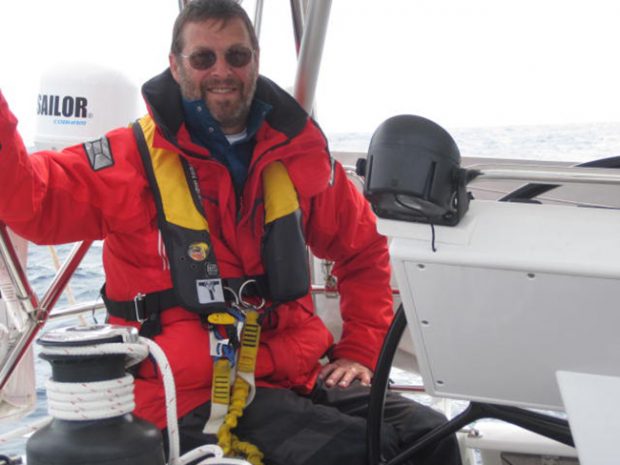 The Sail-o-Mat 740 windvane self steering device we had on the back of our Mason 43 Clover was so well-designed, so well-built that it had never failed us in over 20,000 miles of coastal and offshore sailing. In fact, we opted not to install a mechanical autopilot because the Sail-O-Mat was so reliable and used no electricity.  But then it happened. It was, as you’d expect, 0200 on a dark night. We were two days out of French Polynesia and headed for Tonga. I was alone on watch when Clover fell off a wave and broached. I ran aft with a flashlight and saw at once that the auxiliary rudder on the windvane had sheered off and was gone.  I grabbed the wheel, got the boat back on course and realized, when I finally caught my breath, that Rosie and I would be hand steering for the next five days in boisterous trades winds with big rolling seas. Two hours on, two hours off, we did it and arrived in Tonga exhausted. We’d both lost five pounds and our upper bodies were ripped from constantly wrestling with the wheel.  In Nuku’alofa, Tonga, we were met by cruising friends and one, miraculously, had a spare autopilot still in its box. We bought it and installed it that day. And over the next month we designed and built two new rudders for the wind vane. Redundancy was always part of our cruising preparations but after hand steering for five days, we knew we had to take it to the next level. And, as it happened, those new rudders and the little autopilot steered us without flaw for the remaining 25,000 miles of out circumnavigation. Even so, we were ready for one or more of them to fail.