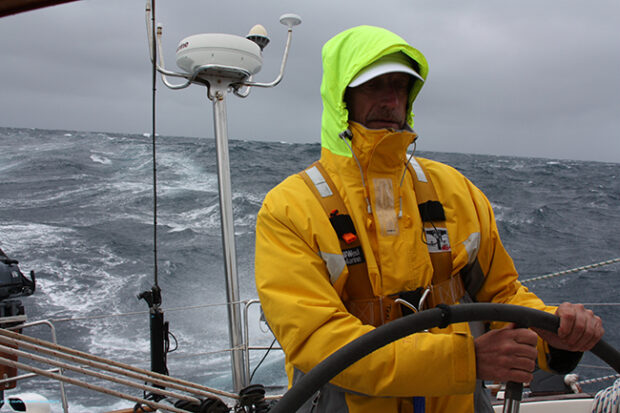 Safety at Sea Is No Accident

This last week has seen a series of unfortunate events take place in the offshore sailing community in the western North Atlantic. Accidents and deaths in the sailing community are very rare but they do happen. In last weekend’s Newport-to Bermuda Race, the skipper of a 42-foot sloop fell overboard in rough weather and perished before the crew could get him back onboard. In another incident off the coast of North Carolina, a solo sailor was hit by what she called a tornado or waterspout with winds over 100-mph. Her rig came down and she needed the Coast Guard to rescue her before her sloop washed ashore in breaking seas. South of Bermuda, a 60-foot sloop with a German crew lost their mainsheet in a storm and in an effort to get the big sail and boom under control the owner and his wife were both stuck by the boom suffering life-threatening injuries. The Coast Guard was able to retrieve them but sadly both died before they reached a hospital. I don’t want to draw any specific lessons from these events other than to remind us all again that constant vigilance, thorough preparation, active practice of all seamanship skills and a big dose of prudence are all part and parcel of safe offshore sailing. Difficult situations will arise at sea so we need to be as well prepared to deal with them as is humanly possible. Be safe out there.