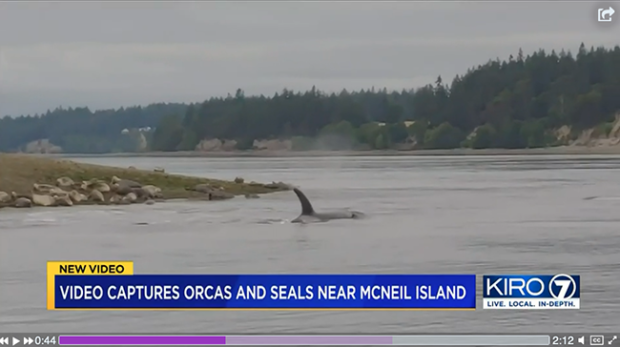 Whales Put on a Show Off McNeil Island, Washington

(kiro7.com) – Video taken early Saturday morning shows several large orcas close to the shoreline off McNeil Island.
The man KIRO 7 spoke with said the orcas even got right next to his 25-foot-long sailboat, and it seemed like they were almost as big as the boat.
It made him a little nervous, but he said it was quite the show. Read More and Watch Video