A step back in time, regattas pave the way to Cuba  (published November 2016)

In 1952, American yachtsmen were greeted by heavy caliber machine gun fire as they sailed their schooners through the narrow harbor entrance into the finish of the St. Petersburg to Havana Regatta. Caught in the crossfire between loyal government troops battling Colonel Fulgencio Batista’s forces supporting his eventual successful coup d’etat, sails were peppered with bullets and the exhausted sailors onboard quickly realized that these were not celebratory fireworks for their first place finish. Seven years later, American racers would again be caught in a Cuban whirlwind of revolution when they were ordered to remain on their vessels by armed revolutionaries under the command of Fidel Castro.

Located only 90 miles from the United States, Cuba has had a colorful history and one that is intertwined with international offshore regatta history. A story that has a new and open chapter as Americans are once again legally returning to Cuba—with regattas and cruisers breaching the old walls still lingering from the Cold War and tossing this Caribbean island again into the forefront of must visit destinations in the Western Hemisphere.

The first Spanish explorers described Cuba in the 16th Century as, “a magnificent island crowned in palms” as they skirted her shores. Only a day’s sail from Key West, Florida and making up the southern boundary of the Gulf of Mexico, Cuba is the largest island in the Caribbean and has long had a troubled and intertwined history with her American neighbors to the north. For the last 55 years, the cobblestone streets of Havana, her marinas and the sugar sands of Varadero have been mostly filled with Europeans, South Americans and Russian travelers and cruisers. But her marinas are now lined and docked with boats hailing from throughout the United States.

In December of 2014, the United States and Cuba announced a surprise reopening of diplomatic ties and this rapprochement between the two neighbors after over five decades brought about a fast and surprising resurrection of U.S. to Cuba regattas with legacies that date back to 1930 and the Southern Ocean Racing Circuit. In May 2015, Hobie Cat racers sailed in the Havana Challenge from Key West and landed the first American racers to finish on the island in 14 years. While they were underway, the Pensacola YC released a surprise preliminary Notice of Race announcing a 500-nautical mile keelboat regatta that sailed on October 31 of last year.

Bob Kriegel couldn’t have had a bigger smile on his face as he stared out at the crowd of sailors at the Hemingway Yacht Club after the finish from Florida. What had originated as a discussion over beverages at the Pensacola Yacht Club resulted in 22 U.S. flagged vessels racing 517 miles south and now this regatta chairman was standing with a group of dignitaries from the U.S. Embassy, the Cuban government and the Pensacola and Hemingway Yacht Clubs and about to dole out trophies to the fastest crews and sailboats.

Surrounded by celebrating sailors, Kriegel said, “Regattas, like any sporting event, are a way for the people of two countries to interact. It’s time for new communications between our people and countries as opposed to the severe diplomacy of the past half century.”

Located only seven miles and a quick run in a 1953 Chevrolet from Old Havana, the Marina Hemingway and the yacht club also bearing Cuba’s adopted son’s name, Ernest Hemingway, is an expansive and modern complex equipped to handle vessels up to 50 feet in length with power, water and security. There is a small grocery located on the property, but selections are quite limited. It’s an ideal headquarters for an exploration of the city and then day trips further out into the island to visit tobacco farms and historic rum distilleries. 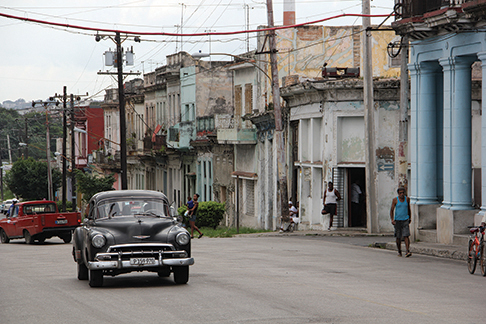 Cuba is unusual in that while it is so massive geographically and has the feel of the larger Caribbean islands like Puerto Rico or Haiti and the Dominican Republic, her largest city and capital, Havana, feels like it belongs more in old world Spain or Portugal. Stone quarried from her mountains in the Sierra Maestra and limestone from her shorelines gives this city’s architecture an enduring feel—timeless. Old Havana with the Morro Castle guarding the entrance to her natural harbor only showcases the old wealth of this port city trapped in time and built from the gold and silver extracted by the conquistadors from throughout the Americas. Today however, there is a real feeling of isolation and poverty, but the citizens on the streets from cab drivers to fruit and vegetable cart vendors are wholly welcoming to Americans across the board. So much in fact, sailors half joked that Fidel must have sent out a directive to be nice to the Americans.

Havana is a city of old European town squares tossed around as if gatherings and revolutions in every neighborhood should be a weekly event. Cobblestone streets wind through the city’s history and around every corner a surprising cafe or restaurant awaits. Cuba’s adopted son, Ernest Hemingway had a natural affinity for the Floridita with her long bar and the double daiquiris he consumed in great quantities. Today the Cuban rum of choice is Havana Club, while in his day and age it was Bacardi. Founded just outside of Havana in 1862, Bacardi was nationalized by Castro’s government and the family fled to Puerto Rico where their rum has been produced ever since. Likely the angriest at the re-opening of Cuba to Americans, the Bacardi family owned the rights to the name Havana Club in the states and a long simmering lawsuit recently came to a close. Havana Club, and their French parent company Pernod-Ricard were originally going to brand their rum as Havanista in the United States, but now we can expect Havana Club and a myriad of other Cuban rums to wash up on our shores in the next few years.

There is a certain layered depth and gravitas to Cuban rum. Even an average three year old Havana Club or Añejo Reserva, familiar to sailors in Europe or South America, has a deep smooth finish that overpowers the alcohol. Many of the higher-end Cuban rums, of which there are many, taste familiar and kin to cracking the caramelized sugar on top of a perfect crème brulee with only a scant of the crème left on the hardened sugar—and letting it melt in your mouth. Flavors that should never be marred by the infamous marketing campaign behind Cuba Libres after American soldiers first mixed rum with Coca-Cola in Cuba during the Spanish American War. 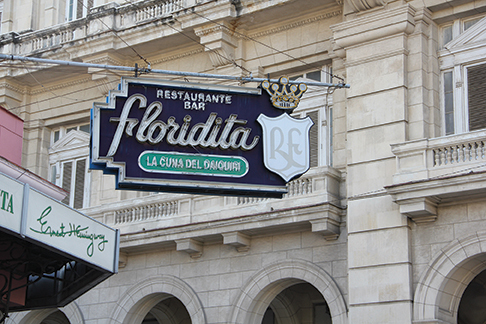 Bars like the Floridita and the original Sloppy Joe’s feel as if they are ripped straight from a Hemingway novel and the air and the tropical gardens, parks and palm tree lined avenues only add to the inherent romance of this city. Stand in line to enter the legendary Tropicana on a night when the stars are out and men are greeted with a Cuban cigar —to the very obvious disapproval of empty handed female sailors wondering where their welcome gift is. Made famous to Americans in the movie Goodfellas, the tables in this open aired venue are filled with formal and semi-formal clad patrons and outfitted with bottles of Havana Club Añejo Reserva—the only mixer ice—and it might as well be 1950 or 1930 with cigar smoke lighting up into the night as an army of feathered dancers owns the stage.

Do not expect beaches in Havana as those are mostly located in Varadero, about a three hour ride east from the city. The coastline in Havana is primarily rocky heights with the Gulf of Mexico crashing and Varadero hosts the majority of the beach resorts constructed for European and Canadian tourists. Also worth noting is that internet access is very rare, but can be found at hotels and the marina and American credit cards are not yet accepted or are on a very limited basis. Dollars can be easily converted to Cuban pesos or CUPS (coops) as they are known and the exchange rate is roughly similar to the Euro to the dollar. Customs is pretty straightforward and officials are friendly, but make sure to announce your arrival on entering Cuban territorial waters, even if they don’t reply. The entrance to the Marina Hemingway is also a bit narrow, do not attempt at night. 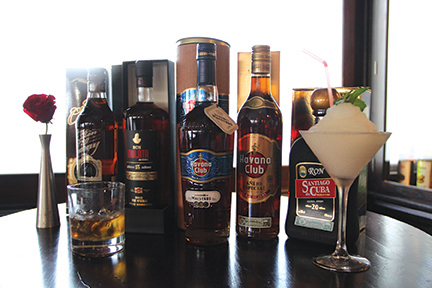 Sipping a sietes anos aged Cuban rum on an expansive porch with the Gulf crashing only a few blocks away on the Melancon and with the brutalist-styled Russian embassy sticking out like some relic from what will be a bygone era, Havana is already becoming very familiar to American sailors. With 16 regattas scheduled or completed already in 2016, the door is open wide at the Hemingway Yacht Club and the limes and sugar cane sliced with machetes are waiting, and the boats in St. Petersburg, New Orleans and Miami are already en route.

The hottest destination for American cruisers and tourists is already exploding and with it, Cuba will likely change very rapidly, inevitable really. There aren’t any Starbucks or Taco Bells yet, but this island nation trapped in a time warp will undergo seismic changes over the next few years. When diplomatic relations were re-established, sailors were thrilled that regattas would likely return in 2017, no one predicted 16 regattas alone in 2016.

Troy Gilbert is a native New Orleanian and a freelance maritime and boating journalist as well as a cookbook author including his most recent book, On the Coast, which released in October. When not traveling to Europe or the Caribbean to cover competitive sailing, he can be found on his backporch typing or enjoying the restaurants of New Orleans.

View all posts by Troy Gilbert