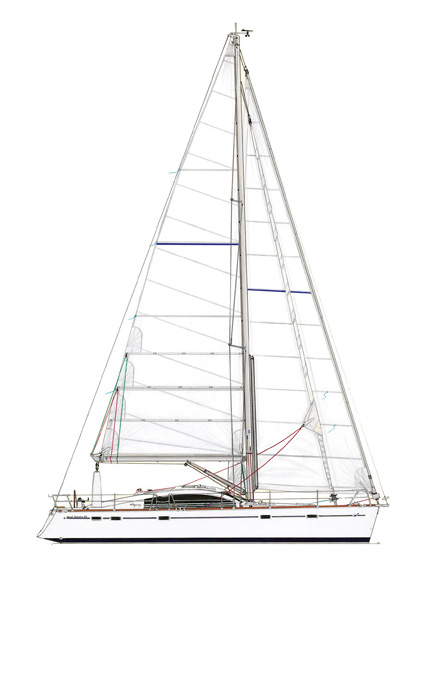 WAUQUIEZ PILOT SALON 47 • Henri Wauquiez began building boats in 1965 and at the turn of the century launched the pilothouse series by the Berret/Racoupeau design team with the Pilot Salon 40, and now the new Wauquiez Pilot Salon 47. With the pilothouse, Wauquiez sought to combine the sailing performance and cruising capabilities of their existing line with the increased light and comfortable living space afforded by a raised saloon. The 47’s 9/10 rig has a SA/D of 18 coupled with a D/L of 188 placing her in cruiser/racer territory.

The Pilot Salon 47’s beam of 15 feet, two inches, carried well aft enhances her form stability and provides for ample space below. The three cabins and two heads easily accommodate six. The dinette in the raised saloon has seating on three sides and is well lit by windows and hatches overhead. The nav station is on the port side of the saloon, across from the dinette, providing multipurpose seating and keeping the whole crew involved with navigation decisions. The standard lead bulb keel draws seven feet, nine inches, with a shallow draft option saving 22 inches.