Our old family friend, Bobby Little, lived in Ohio but loved to cruise the Maine coast, something his lovely wife Ann was not eager to do. He often sailed with us but he liked to be independent and to explore the hundreds of Maine islands on his own. He needed a boat for that, a boat that would fit on top of his station wagon so it could easily be transported from Ohio to Maine and back. It had to be big enough to hold him, he was not a small man, plus his waterproof duffle, camping gear and tent. 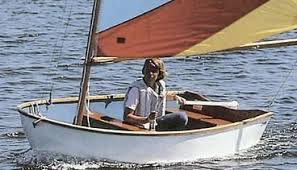 For the task he chose the venerable Dyer Dhow and aboard his little cruiser, with its simple rig, centerboard and outboard rudder, he explored Penobscot Bay. In the evenings, he would find a protected beach where he could haul the dinghy above the high tide line, pitch his tent, light a driftwood fire and cook whatever he had in his little cooler while sipping a Martini. For a week every summer, he lived under the sun and stars, communed with the eagles and explored the bay in his nine-foot Dhow. It was all he needed.

There are very few boats that have been in continuous production since the 1940s, what amounts to 75 years, but the Dyer Dhow is just such a boat.  The design brief was to create a stable tender for a cruising boat that could hold four adults and their sea bags. To provide stability, it was given hard chines instead of the more conventional round bottom found on most dinghies of the day. It was given a wide beam and full bow sections to add more stability and load carrying capacity. It had three thwarts or seats so it could be rowed by one person and three more could sit and keep their shorts dry.  It only weighs 104 pounds but it has a working payload of 650 pounds.

The Dhow was always conceived of as a boat that would row easily, tow straight behind a cruising boat and carry a simple sailing rig. The rig is a two-part mast that steps through the front seat and has no stays. The Marconi-style sail has a main halyard, an adjustable outhaul and a mainsheet. 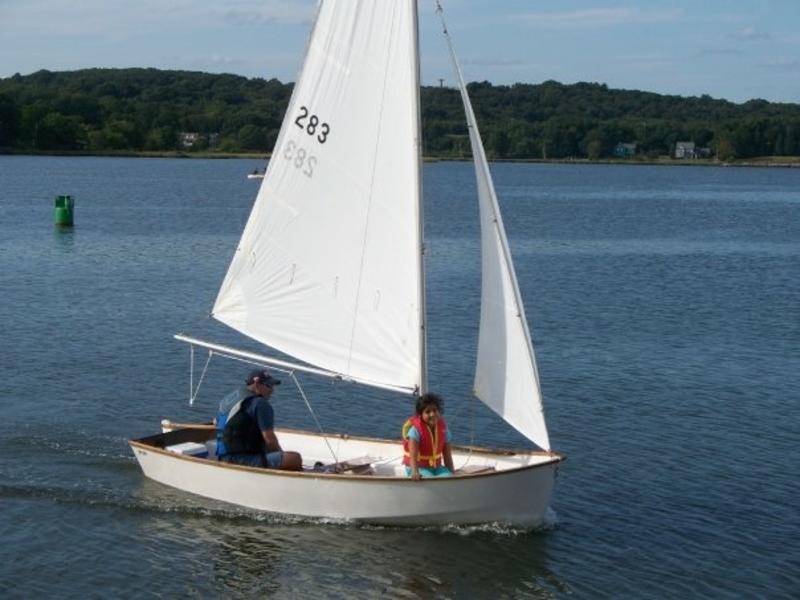 The centerboard is quite large and slides easily into the centerboard truck that is built in just forward of the center thwart.  The Dhow sails remarkably well and has for generations been a great training boat for sailors. In my opinion, it is a better boat for youngsters than an Opti, but that would heresy in the Opti crowd.

The Dhow can also carry a small outboard motor for those who don’t want to row or sail all the time.  With a two or three horsepower engine, you can get across a large anchorage in no time and you can do it going straight up wind.

I have spent many hours rowing, sailing and motoring Dyer Dhows. They are simply great dinghies, great little boats that do more than simply get you from A to B. They do it naturally, with grace and style. 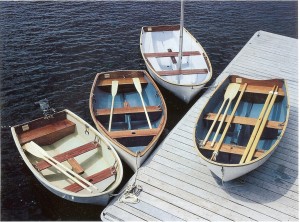 Dyer Dhows are built in Bristol, Rhode Island, which is also the home of the old Nat Herreshoff boat yard, now the Herreshoff Museum.  Bristol is a sailor’s town and a boat building town with deep traditions. The Dyer dinghies and especially the Dhow are a valued part of the long history.  A new Dhow with the sailing rig will run about $4,000. The boats are built by The Anchorage, Inc and being old-school they don’t have a website with much on it. Better to call them directly: 401-245-3300. 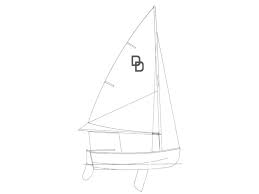